The Mack Is Back

After leaving us 22 years ago to serve the citizens Gayleville Alabama protected by the Mentone Fire Protection District, the 1969 Mack Fire Engine has returned to UMFC. #RestoringHistory #ProtectingHistory

In 1980 the Upper Makefield Fire Company (UMFC) purchased a 1969 Mack from the Horsham Fire Company. At the time, the Mack was the first diesel pumper for UMFC and was the top-of-the-line apparatus for that era. During this time the Mack ran as a first out attack pumper and served Upper Makefield Township & its environs well. UMFC sold the 1969 Mack thru an apparatus dealer in 1998 to Mentone Fire Protection District in Gayleville Alabama. In May of 2021 Mentone Fire Protection District put the truck up for sale. A dedicated group of Current & Past members and Local Residents purchased the 1969 Mack and then donated it back to UMFC. The Upper Makefield Antique Fire Association was then created to raise monies to restore this piece of history. 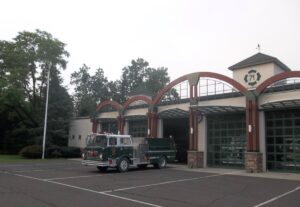