In 1985, UMFC purchased its first NEW piece of apparatus from scratch.  A Grumman Duplex Tele Squrt arrived and the company was so excited to have this wonderful Brand New Apparatus.  TOWER 71 was placed in-service and served the residents of Upper Makefield and the surrounding communities until 2005.  It was sold to a dealer and last we knew it was doing work for an Environmental Company in the South West part of the United States.  Then on 9/16/16 we received a direct message on our Facebook Page from a Fire Department in Buenaventura, Chihuahua, Mexico stating they had TOWER 71 and it was their primary piece of Fire Apparatus.  They sent some pictures and said it was catching a lot of fire in Mexico, and that it was starting to have a couple of mechanical problems but for a 31 year old truck it was still running good.  As you will see, It is still Green and it still has our name on it.  Below are a couple of pictures from when the vehicle was brand new, when it was in-service in Upper Makefield, and now running in Mexico. 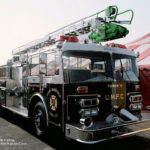 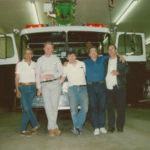 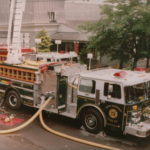 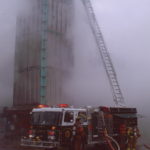 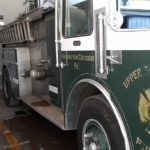 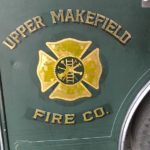 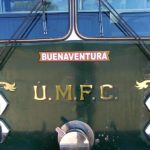