On Monday June 1st a presentation was made to Long Time UMFC Firefighters Pete Cheyney & Jim Barry.  They were both presented with personalized hand drawn pictures.  After many, many years of tireless service on the Executive Committee, Retiring Executive Officers – Jim Barry and Pete Cheyney are stepping down from their positions. Jim put in 25 years on the Executive Committee and Pete put in 32 years. Both Men held various positions (see below). Also both men held the position of 5year Trustee (responsible for the property of the company). Moving forward, Pete will continue to run our Fund Drive and Jim will continue to be involved in special projects for the company. UMFC would like to Thank Jim and Pete for their continued service to the Fire Company and to the Community. 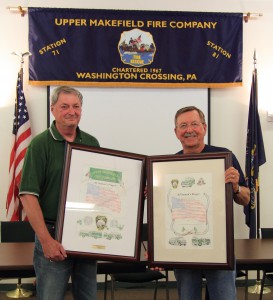 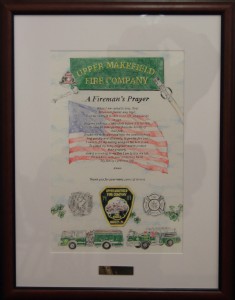 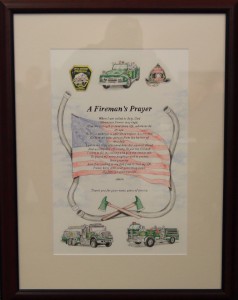